Youre at their mercy of ghostwriting companies and bad ghostwriters if you dont educate yourself as to the fraud and incompetence that has become systemic in the world of online ghostwriting.

Probably less than ten percent of everyone who claims to be a ghostwriter has the necessary qualifications to write books on a diversity of topics. Most ghostwriters simply decide to write for others because they want to work from home or need extra income. They may or may not have a college degree. If they do, it may not reflect any background in writing or publishing.

Ghostwriting lacks ethical standards because there is no oversight or regulation of the profession.

The worst option you can choose when you search for a ghostwriter is a ghostwriting company. Ninety percent – yes, 90% – of all companies operate out of foreign countries, mostly in the Philippines, despite U.S. addresses. These are fraudulent companies constantly dodging the FBI's cybercrime division. The grammar and phrasing of their advertising is a giveaway, but you won't notice the mistakes if you need a ghostwriter. The prices are bargain basement because they deliver horrible manuscripts – or no manuscript at all.

It's illegal and unethical.

Companies based in the United States aren't much better. They claim sponsorship by a few publishing companies, editors, or literary agents, but few of them are actual employees of the companies. Companies also use the logos of newspapers, magazines, and television networks without permission, making it appear that they are, as they call themselves, award winners, bestsellers, and industry leaders. They're not.

It's illegal and unethical.

They want you to believe that they turn out an endless number of hugely successful books. The reality is that they use hundreds (or even thousands) of subcontractors to do their writing. If you pay a small fee, you'll get an inexperienced writer or, worse yet, someone in their apprentice program – someone learning how to ghostwrite.

Pay a little more, and you'll get a better writer, but that doesn't mean he or she has produced great books or bestsellers. Pay even more – $75,000 to $200,000 – and you may get a decent writer and become eligible for what they call their team approach, with sales reps, editors, project managers, writers, final checkers, accountants, etc. The fee structures of these companies are tier systems that pair clients with various skill levels depending on how much you're willing to pay.

It's unethical. No one's dream should be placed in the hands of a rookie.

But here's the bottom line: most ghostwriters just aren't very good regardless of whether they're loosely affiliated with a company or not. 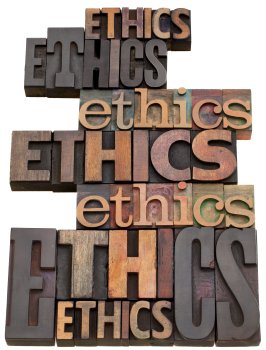