I wrote John Lennon and the Mercy Street Café a few years ago. I'd been inspired by the novel Shoeless Joe by W.P Kinsella, which was the basis for the Hollywood blockbuster Field of Dreams. In the book and film, baseball legend Shoeless Joe Jackson suddenly appears in an Iowa cornfield. 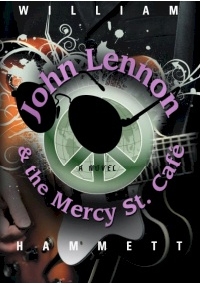 I wondered what would happen if John Lennon suddenly appeared in New York City, alive and well.

The book found its way into the hands of some pretty important people: Chris Carter, DJ and host of Breakfast with the Beatles on Sirius XM; a former friend of John Lennon, a man who had attended art college with him; the widow of Beatles' publicity agent Derek Taylor, who was a member of the band's inner circle; and the editor of Liverpool's Mersey Beat.

A year later, the book was taught at Northeastern Illinois University in a course on magical realism. I was contacted one day out of the blue by a professor of literature who thought the book was really good.

I also received email from people who had enjoyed the book, and one person even said it had changed her life.

When you create something, you never can predict where it might end up. This story had staying power, and it was overwhelming to know that people who knew the surviving Beatles had read my novel.

You may also want to read About William Hammett.

Only 4% of those who call themselves ghostwriters are qualified to write a book. If you're not familiar with publishing or online ghostwriting, you'll probably choose the wrong writer. Discover the realities of an industry that has no regulation or oversight. Download your free copy of How To Hire a Ghostwriter to gain valuable information and save thousands of dollars. Get an insider's view of a little-understood profession and the knowledge you need to select the right ghost.

Do you need a literary agent? Are you looking for a publisher? Click here to see your publishing options.
Please click here to
bookmark this page.