I wrote a memoir for a brother and sister who had grown up in Appalachian hill country. Their parents had never graduated from high school and owned a dive bar in a small town with a post office, a police station, a library, a school, and one traffic light.

Their childhood had witnessed drunkenness, bar fights, drug use, and prostitution even though their parents were honest, hard-working people. The town was populated by coal miners, truckers, and a fair number of drifters.

When they were older, the siblings researched their genealogy using Ancestry. They learned that their great grandparents had been doctors in England and had written journals citing that brisk walks, a diet of fruits and vegetables, and plenty of sleep contributed to a healthier heart and a longer life.

The brother and sister, now in their late teens, journeyed to Great Britain and found that these journals had been sitting in an antique bookstore for decades and represented some of the first literature about living a heart-healthy lifestyle. They sold the journals to an American publisher and made quite a bit of money.

With their windfall, they both went to medical school and became prominent cardio-thoracic surgeons who now reside in Boston, Massachusetts. The memoir they commissioned spanned more than two hundred years, moving from country physicians in England to a bar in Appalachia to a major medical facility in Boston.

The memoir resulted from a little curiosity and some basic online research. You never know what your past might hold. 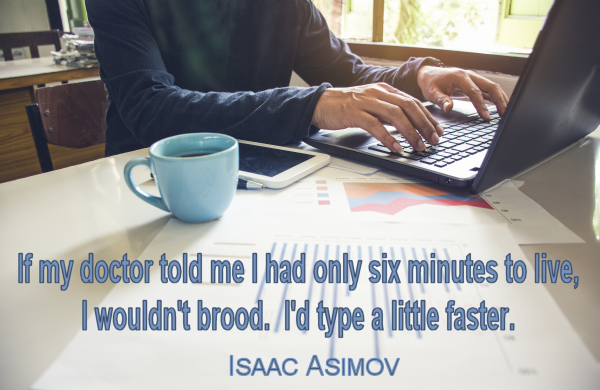